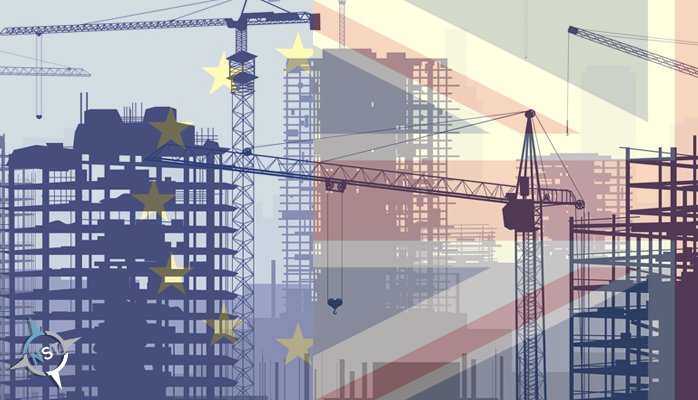 Ferguson Legal has examined the impact Brexit is likely to have on various industry sectors such as construction; health and safety; procurement; sustainability and environment; employment and bribery and corruption.

In part 1, we will look at the likely consequences for the Construction sector and what you can do to protect your company.

No European Union member state has ever left the EU so the process of withdrawal is untested. Ensuring a successful ‘Brexit’ will involve disentangling the UK from complex relationships and obligations. What does this mean for the UK construction industry and what actions can you take now to protect your business?

The statutory and regulatory regime for the construction industry is a mixture of domestic and EU-led legislation. Some is construction-specific, some is more generic, with general application to a number of sectors.

One of the key construction-specific pieces of legislation is the Housing Grants Construction and Regeneration Act 1996 which was amended by the Local Democracy Economic Development and Construction Act 2009. This legislation is domestic only and did not derive from the EU. This is not therefore likely to be affected by Brexit.

EU regulations have, to date, generated work in the UK. Delivering compliance with health and safety law and environmental standards created jobs and work in their own right (for example, investment in water treatment, waste management and clean energy to comply with environmental regulations).

An immediate effect on regulatory law in the UK is highly unlikely; withdrawal negotiations are likely to be meticulous in the desire to ensure damage to UK businesses is kept to a minimum. In addition, the UK needs to negotiate access to markets that are subject to EU law.

The UK construction sector is particularly reliant on European workers to plug the skills gaps within the British workforce. The threat of tighter migration rules risks putting the flexibility of the UK labour market in jeopardy. Remember that a fundamental principle of the ‘Leave’ campaign is to end the automatic right of EU citizens to work (and live) in the UK.

Going forward, if demand for labour outstrips supply, the cost of labour will increase. This, in turn, will flow through to construction costs and push up the overall cost of projects.

This is an important consideration if you are bidding for work now with a start date some time in the future…. the employment landscape may have changed.

The UK has led the way in the drive towards stricter health and safety regulation. Often we go beyond the outlines of any EU Directive. The Health and Safety at Work Act 1974 and, more recently, the Corporate Manslaughter and Corporate Homicide Act 2007, were UK-driven, not imposed by the EU. As a result, the UK has one of the lowest rates of fatal injury across the EU and so it is unlikely to take any steps to relax these measures.

The CDM Regulations 2007, recently updated in the 2015 Regulations derived from EU Directive, are quite heavily embedded in the construction industry’s systems. It seems highly unlikely that these would be abolished.

Other EU-imposed regulation such as the Working Time Regulations and Agency Worker Regulations may be targets for review.

As a heavy user of goods and materials supplied from around the world. It is likely the costs of these goods and materials may increase, then you consider the associated tax and compliance costs. In turn, this will push up the total budget for a project.

Compliance issues are important in relation to both imports and exports. Any general relaxation in standards for regulatory issues is unlikely. An example would be the EU-derived requirement for CE markings on construction products to demonstrate compliance with the appropriate manufacturing standards. Keeping an eye on EU compliance going forward should be a key issues for the UK, This will ensure it can continue to export to the EU market.

Any change to import tax is only going to lead to similar moves from those on the receiving end, so it is unlikely to change.

The UK should be free to broker trade agreements with countries both within and outside the EU which, if successfully negotiated, may be advantageous to the UK.

The UK’s procurement regime has been heavily influenced by EU procurement rules, although the UK’s approach has been to go beyond the minimum requirements. The legislation will continue to operate until repealed or reformed.

A change of approach in relation to procurement policy is unlikely to be pursued by UK policy makers in the immediate months and years following the vote to leave.

The EU has in place a comprehensive body of law (including the Recast Brussels Regulation and Lugano Convention) that addresses conflicts of laws, jurisdiction and the recognition and enforcement of judgments in civil and commercial matters.

The application of the legislation in the UK, once the UK has formally left the EU, needs to be settled. Until then, there will be uncertainty as to how the issues will be addressed and the uncertainty is likely to lead to disputes.

The UK’s exit from the EU may lead to a divergence in approach between the EU and the UK in relation to sustainability goals and related regulatory regimes.

Certain EU-driven measures are not likely to be reversed, as they are seen to have wider benefits in terms of environmental improvements. However, it remains to be seen whether future EU initiatives will be embraced in the same way. Given the large investment in infrastructure which such initiatives have generated in the past, this may be seen as detrimental to the construction industry in terms of future work pipeline.

Challenging global targets on climate change in the Climate Change Agreement result from wider international goals. The UK’s own efforts in this area will require to continue, being consistent with the UK’s own policy aims.

Certain of the above matters are devolved to the Scottish Government. Given its stated position is that it wishes Scotland to remain in the EU, even if the rest of the UK leaves, it seems likely that the Scottish Government will be more inclined to enact and / or retain EU-compliant legislation in all spheres where it has an ability to do so. If the UK Government takes a different path, this could lead to more internal differences within the UK which adds a layer of complexity. This would be unwelcome to the construction industry and its supply chain.

The government is aware of the importance of the construction industry to the UK economy. Theresa May has already pledged Treasury backing for new projects through the launch of infrastructure bonds to attempt to alleviate concerns. It is unclear what the timeline is for this, particularly given other pressures on government resources, and whether this will be sufficient to make up the shortfall but there is at least a political will to take positive steps.

Clearly the impact of the UK’s formal exit from the EU on the construction industry and its current legislative framework will depend entirely on the terms which can be agreed between the UK and the other EU member states. There may be implications as a result of any other trade agreements that the UK already has or is able to enter into with other partners elsewhere in the world.

Tax breaks or other incentives which may be made available could also be an important feature in terms of attracting investment and other aspects of the agreements reached.

Whilst it may be superficially attractive to consider making changes which benefit the domestic construction market, care is required that this is not too protectionist to the exclusion of the external market. If it is, then this may prove to be a barrier to entry to certain agreements and, even if it is not, other countries will be likely to reciprocate by putting up barriers for the UK on their territory, none of which sits well with the aim of these arrangements being to boost rather than curb trade. There will clearly have to be a close eye on the wider implications of all steps being taken, particularly with regard to relevant WTO obligations.

What action can I take now?

In terms of contracts, clauses related to changes of law are clearly the first port of call.

How can we help?

We can draft these clauses to avoid any potential dispute and unnecessary cost.