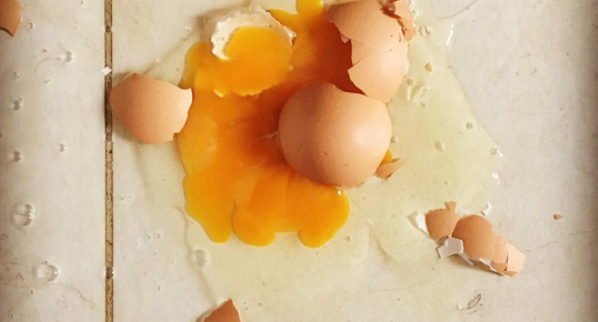 A judicial review challenge over the disputes process of the Health and Safety Executive’s cost recovery has been dropped.

The HSE has settled the matter out of court. The case was due to be heard on 8 March 2017 after OCS Group, an international facilities management and maintenance company, was granted permission for the judicial review in September 2016.

The matter under review was the process used by HSE for handling challenges to its charges, under its Fee For Intervention (“FFI”) scheme.

This scheme enabled the HSE to charge for some of its health and safety enforcement activities, with the aim of passing the costs to businesses rather than have them paid for via taxation through funding of the HSE.

What does this mean in practice?

Basically, if an HSE inspector visits a workplace and is of the opinion there has been a material breach of health and safety legislation then the organisation is required to pay HSE’s costs of its visit and any subsequent investigation.

Companies who find themselves liable for these fees and disagree over whether there were breaches or the level of those costs, can challenge them. Resolution involved a panel consisting of two HSE representatives and an independent person to decide the matter. Recently, the way in which the HSE adjudicates on disputed FFI invoices has been subject to criticism.

In offering to consider a change to the process, the HSE may well have avoided its day in court but it has still been pushed into taking action. Although the case has been settled, there is no guarantee that any new (or amended) system put in place will be sufficiently independent. Also, what happens if the consultation fails to bring a successful outcome? Will OCS resume its challenge? It will certainly be one to watch.

What would have happened if OCS had succeeded in its challenge? Again another good question; the existing disputes process may have been quashed and the HSE may have had to develop an amended system.

HSE has agreed to introduce a revised process for determining disputes on or before 1 September 2017 which addresses these concerns. It has also been said by the OCS lawyers that under the consultation exercise, all stakeholders will have the opportunity to offer their thoughts on the detail of that new process.

And I guess you want to know what happened about the initial HSE opinion on material breach?? Well, in the terms of the consent order entered into by both parties, the HSE has withdrawn its original August 2014 notice of contravention in which it alleged failures in the management of Hand Arm Vibration Syndrome (HAVS) by OCS Group staff using strimmers.

“OCS Group is a safety-focussed organisation and we have a good working relationship with the Health and Safety Executive,” said Ian Goodlife, director of health, safety, quality and environmental at OCS Group.

“Our decision to ask for a judicial review of the Fee for Intervention dispute resolution process was not about opposing the idea of FFI but about addressing concerns we have about the independence, fairness and transparency of the dispute process in which HSE effectively acted as prosecution, judge and jury.”

“For OCS Group – and for the business world at large – we are pleased to have reached agreement with HSE that resolves the matter under judicial review and will bring a revised process for determining disputes”, he said.

The Health and Safety (Fees) Regulations 2012 provide that those who materially breach health and safety laws are liable for recovery of the HSE’s related costs, allowing the HSE to charge for an inspector’s time involved in dealing with such a matter. In April 2016 the chargeable hourly rate rose from £124 to £129.

The HSE’s guidance: Fees for intervention: what you need to know sets out when a material breach is considered to be applicable. This is defined as; in the opinion of an HSE inspector, “you have broken a health and safety law and the inspector judges this is serious enough for them to notify you in writing”. In such a case, the company will be served with a formal notice, ‘notification of contravention’, that triggers an FFI bill.

The ‘Queries and Disputes’ process

As we have mentioned above, the FFI scheme contains a route for challenging FFI invoices. The first route for disagreeing with a material break or the amount charged is to make a written ‘query’ to the HSE. This is considered and responded to by the relevant HSE inspector’s line manager.

Where this does not settle the matter and the company wishes to escalate the matter, then they can raise a ‘dispute’, generally done in writing. The process for this stage of resolution is a determined by a panel which determines whether the invoice should be upheld, varied or cancelled.

I think we can all see where the criticism has been levied?! Yes, you are right, it has been at the composition of this panel – the suggestion being that the panel lacks impartiality.

Okay, so there is an independent member who acts as a check for any perceived bias… but the argument is that this is insufficient and that the ultimate view of the panel will be that of the HSE. Why? Because of its make-up and who sits on it. Furthermore, there is no right to an oral hearing and at no point can the company or their representatives appear before the panel. Similarly, they are not entitled to see any evidence on which the HSE inspector’s opinion is based.

What happens with all the time spent, and inevitable cost, in dealing with the process? I am glad you asked: well, should the dispute be unsuccessful at this later stage, the time taken to adjudicate is charged at the £129 per hour rate. It gets even better because since an amendment under the Health and Safety and Nuclear (Fees) Regulations 2016 the HSE can also recover its legal costs in relation to the dispute.

In seeking to challenge a cost imposed upon them, parties may therefore end up only incurring greater costs still. Importantly, both the query and dispute stages are decided on paper.

As you can guess, it was this setup that OCS sought to challenge by means of judicial review.

OCS began the judicial review process after unsuccessfully querying an FFI bill. The HSE alleged that OCS was in breach of regulations and having received a notification of contravention. OCS denied any material breach, arguing it had adequate and appropriate systems in place. Notwithstanding the evidence put forward by OCS they received FFI invoices totaling £2,306.

The company was served with a notification of contravention over its management of Hand Arm Vibration Syndrome (“HAVS”) regarding the use of garden strimmers to cut grass at Heathrow airport. Breach of Regulations 6(2) and 7(2) of the Control of Vibration at Work Regulations. OCS argued that it had carried out all appropriate assessments for HAVS, including limiting the amount of time that workers were required to use the strimmers.

OCS embarked on the resolution process. Firstly they raised an initial query with the HSE which was rejected by the HSE’s internal team. They escalated the matter to a dispute, but this too was dismissed by the disputes panel.

OCS therefore sought to challenge not merely the specific bill, but the fairness of the dispute process as a whole. Their legal representatives argued that the disputes process enabled the HSE to act as a ‘judge in its own cause’. At a minimum, the HSE ought to put its allegations to the billed company and disclose evidence of supposed contraventions. They called for a “fair procedure and an independent means of resolving disputes”. OCS were granted permission to proceed with judicial review.

Prior to the matter being settled, the HSE had announced they would consult on proposals to make the FFI scheme fully independent. They outlined their view in a press release (available here) that “following a recent application for a judicial review [the HSE] believes the time is right to move to a dispute process which is completely independent of HSE”.

Following such agreement to consultation action, a consent order setting out the agreed position was submitted to the court. Where this order is accepted by the Court, then the hearing will be cancelled and that is what has happened.