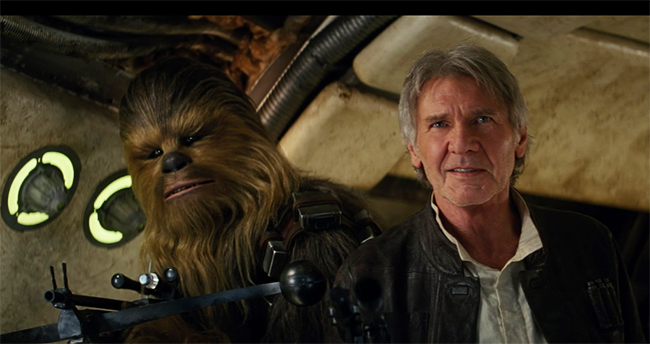 Here at Ferguson Legal, we often report on #besafe and the importance of complying with health and safety, but the latest high profile case to bring this theory into reality is that of Harrison Ford on the set on Star Wars – The Force Awakens. The unfortunate title of the film allows for many unforgiving play on words surrounding Ford’s injuries but we will leave that to the media and stick to the health and safety issue at hand!

The 74-year old was hit by a hydraulic metal door on the Pinewood set of the Millennium Falcom in June 2014.

By law, employers must take reasonable steps to protect workers – this is as true on a film set as a factory floor – Foodles Production (UK) Ltd is the company responsible for producings and under health and safety law for managing the risks created during production. The company accepted it failed to protect actors and staff.

In a statement, Foodles said it had provided “full co-operation” through the HSE investigation, saying: “The safety of our cast and crew was always a top priority throughout the production.”

Prosecuting, Andrew Marshall told the court Ford had gone through the door on the set and hit a button before starting to walk back through it, believing the set was not live and that it would not close. But it was remotely operated by another person, and as Ford passed underneath it, he was hit in the pelvic area and pinned to the ground. Mr Marshall said there was a “risk of death”.

“It could have killed somebody. The fact that it didn’t was because an emergency stop was activated,” he said.

A spokesman for the Health and Safety Executive (HSE) compared the power of the door’s drive system “to the weight of a small car”. “This was a foreseeable incident,” he said.

The company will be sentenced at Aylesbury Crown Court on 22 August.

If this is an area you would like to discuss with Ferguson Legal, please do not hesitate to contact us.

When it comes to complying with health and safety, prevention is much better than cure. Dealing with all the red tape may seem daunting to you but we enjoy the task of keeping you right. Assisting clients in all aspects of health and safety from preventative measures, policy developments to incident response and representation, we understand the balance between risk and control.

If you do find yourself facing problems, we offer rapid response, incident investigation, crisis management and representation in court proceedings.

Get in touch here